Our offices in Bulgaria - Petrich town 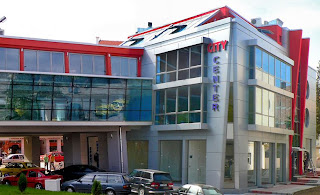 Our head office is located in the heart of city Petrich, the most commercially strategic location of Bulgaria, just 15 km from the Greek-Bulgarian border of Promahonas and 154 km from Thessaloniki.

We are looking forward to meet you in person and discuss the business issues that concern you. 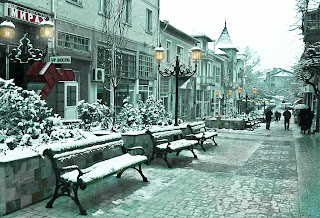 Petrich Municipality is an active crossroads between two seas. It is located 90 km away from Aegean Sea’s Thessaloniki harbor, where Bulgaria has a neutral sector for trading on the Mediterranean Sea as well as 380 km away from Vliora harbor in Albania on the Adriatic Sea. The Municipality of Petrich consists of 57 settlements, which includes the Town of Petrich itself and 56 villages. The first class road I-1 passes through the territory of the municipality and provides transport connections with the city of Blagoevgrad and the Republic of Greece.

There are two border checkpoints in the municipality – Kulata with the Republic of Greece (road I-1) and Zlatarevo with the republic of FYROM (road III – 198). In the territory of the municipality there is also a railway transport, the railroad line Sofia - Thessaloniki as well as the secondary line General Todorov – Petrich pass through it. The telephone and mobile phone network cover almost the entire area of the municipality. There is access to a high speed Internet connection and an optical cable connection with Greece and FYROM.


We are looking forward to meeting you in person and discuss the business issues that concern you.
Posted by http://meliton-group.blogspot.com/ at 05:22